How The Most Important Message In History Lost Its Way

WANT TO BE NOTIFIED WHEN IT’S BACK ON THE CALENDAR?
CLICK HERE AND LET US KNOW! 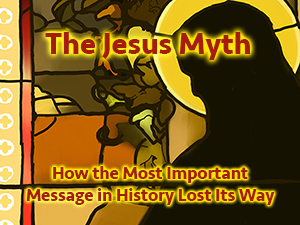 “I learned from my professors and the readings they assigned that Jesus almost certainly was not born of a virgin, did not think of himself as the Son of God, and did not see his purpose as dying for the sins of the world.”

~Marcus Borg
Professor emeritus in the philosophy department at Oregon State University, where he held the Hundere Chair in Religion and Culture, and author of the New York Times bestselling Meeting Jesus Again for the First Time

How did a revolutionary itinerant rabbi in the first century end up becoming the savior of humanity, only begotten Son of God, and iconic figurehead of the largest religion in the world?

Find out how the religion of Jesus became the religion about Jesus, and why it lost its relevance for so many people today. and how you can restore it in your life.